Exploring the History and Innovation Intertwined with Casino Cruises 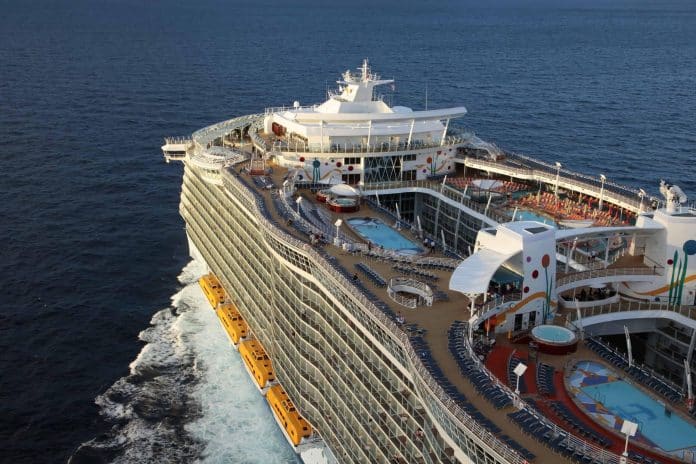 The cruise industry is one of the biggest of all leisure activities in the world, with vast ships housing thousands of people as they tour seas, visit new locations, and enjoy all of the food, drinks, and entertainment on offer on-board. It’s a colossal industry, with the latest figures showing continued growth, 30 million passengers over 2019, and $150 billion generated worldwide.

Cruise ships are continually looking to perfect their formula to offer the ultimate leisure experience for all passengers, leading to casinos remaining a mainstay on the docket. In many instances, the whole cruise becomes centered on gambling, as is the case with casino cruises – which have a storied history of offering floating gambling.

So, how did cruises, specifically casino cruises, manage to embed themselves as popular leisure activities, and where can you set off on a new voyage of ocean-bound gaming?

The innovative history of casino cruises

For a very long time, despite its presence throughout the nation’s history, the United States was very anti-gambling in most parts of the country. However, the enjoyment of gambling games and desire to play the likes of poker, blackjack, and craps remained strong. So, businesses got creative, finding new ways to offer casinos and gambling games.

While still an American-based business, ship owners got on board with the idea that they could sail out into international waters, offer organized gambling, and then return to US shores without breaking the law. Although many more may have sailed out prior, the first recorded instance of this was in 1928. A lumber schooner was converted into a casino ship, being called the ‘Johanna Smith’ and setting off from Long Beach in California.

The viability of these water-bound leisure venues became more prevalent in the years that followed, peaking through the 1940s and during the Great Depression. However, a 1982 UN ruling of sea law stifled the burgeoning industry, with the change in the definition of international waters being 12 miles from a coastline, rather than the previous three miles.

As attitudes began to change in more recent years, casino cruises once again rose in popularity across the US – even in states that hadn’t legalized any form of gambling. In fact, the essence of casino cruises, to be allowed to gamble while on the water, spread in-land. Riverboat gambling was popular and somewhat of a regular, but casual, occurrence on the Mississippi through the 19th Century, with states making it legal to prop up their economies in the 1980s.

There’s an inherited thrill of going on a casino cruise now, built through the innovations that invented the sector in the first place. Even though the worldwide leisure boats are regulated and legally operated, there’s still a sense of freedom to have fun your way, away from society, on the open ocean, with vast floors of casino games at your disposal. They add an additional popular activity to the travel which isn’t overly common on land, making the journey to the destination uniquely enjoyable – compared to other forms of travel.

One of the many evolutions of gambling

For gambling to be a successful business for any company, it needs to exude leisure and enjoyment. With its core offering of casino games being fundamentally unchanged for centuries in most instances, the casino world has constantly had to adapt, update, and renew its experiences. The advent is a fine example of the entertainment medium’s adaptability and constant strive to appeal to an audience. Still, ocean-bound gambling certainly isn’t the most recent revelation of the scene.

Casino owners realized a long time ago that people who are having fun tend to enjoy their games more and return for the whole experience – not just to test their luck. In Las Vegas, live music has become intertwined with casino venues. Lady Gaga commenced her residency in Sin City a couple of years ago, following in the footsteps first set by Liberace from 1944 to 1987, and continued by Frank Sinatra, Elvis Presley, Barry Manilow, Celine Dion, and Britney Spears. Now, it’s not just about entertaining casino patrons: the Las Vegas residency holds prestige within the music industry itself.

Having worked on land, several casino cruises took note of the successful combination of live music and gambling venues. While most cruises feature a live music lounge, the Norwegian Pearl brought in a staple of the Las Vegas Strip, Legends in Concert. The world-class tribute shows jumped on board to further enhance the entertainment factor and deliver a taste of Sin City to passengers. Many casino companies have also incorporated some of the finest restaurants in the world to appease guests, as shown by Restaurant Guy Savoy at Caesars Palace, Robuchon au Dome at Grand Lisboa, and Le Tren Bleu in Place du Casino.

In more recent years, following the evolutions of ocean-bound gambling, the inclusions of live music, and five-star restaurants, casino companies have also built into the digital space. Recognizing the convenience and mobility granted by the internet and smartphones, casinos constructed easily-accessed gaming platforms with

video-form slots and tables. Now, when you play roulette games, you’ll find a diverse selection of variants and live roulette games. These live games connect the player directly to a physical table and human croupier, who perform the game while you place your bets and see the results in real-time.

Casino gaming has been a popular form of entertainment for decades, centuries, even. It has been able to uphold its popularity by evolving the experience and making the storied games as accessible as possible for anyone looking for the leisure activity. Casino cruises exemplify the historic desire to grow within gambling.

Continuing to stand as a beacon of travel entertainment

By modern standards, cruise lines are a very slow form of travel. People enjoy being on the open ocean, the experience of being on a ship, and meeting new people, but for some, the days and weeks in one place on the water can wear. Casinos have proven to be popular forms of entertainment around the world, which is why casino cruises remain popular.

They offer a blend of the cruise experience with the additional benefit of casino entertainment being present for a different, thrilling experience whenever you wish to play. As such, casino cruises present themselves as an excellent option for travelers and entertainment seekers. Among the biggest names in the casino cruises scene right now are Celebrity Cruises (several routes), Allure of the Seas (Florida to the Bahamas), Princess Casino (several routes), Norwegian Epic (Florida to Spain), and Queen Mary 2 (US to the UK).

John Shallohttp://www.cruiseaddicts.com
John Shallo is the founder and editor of Cruise Addicts. Since 1999 it has been a leading destination for cruise travelers and self professed Cruise Addicts looking for the latest news, ship reviews and travel tips.