Today Royal Caribbean International honored the crew and project team of the new Harmony of the Seas at a traditional delivery and flag changing ceremony in Saint Nazaire, France.

Richard D. Fain said, “Harmony of the Seas is the product of our zealous spirit of continuous improvement, where we have combined revolutionary ship design with the technological strides that have defined the Royal Caribbean brand.  Thank you to STX France for their ongoing partnership in building our ships, which continue to introduce unexpected industry innovations.”

Costing more than $1billion, Harmony of the Seas will be the 25th ship in the Royal Caribbean fleet and boasts highly anticipated first-at-sea experiences, including:

Harmony of the Seas will homeport in Barcelona, Spain, and embark on the first of 34 seven-night sailings in the western Mediterranean on June 7, exploring some of Europe’s most beautiful locations.

In November 2016, Harmony will arrive at her homeport of Port Everglades, Fort Lauderdale, FL., from where she will offer seven-night eastern and western Caribbean sailings. The newest member of the fleet will join sister-ships Oasis of the Seas and Allure of the Seas, sailing from Port Canaveral and Port Everglades respectively, on the east coast of Florida.

Harmony of the Seas offers a bold and unexpected lineup of experiences found nowhere else on land or sea. An architectural marvel, Harmony of the Seas combines the distinct seven neighborhood concept that Royal Caribbean’s Oasis class of ships are known for with some of the most modern and groundbreaking amenities.

Dana Lawson is a writer and editor who lives in Parrish, Florida, with her husband and son. She has been on several cruises and loves to explore new destinations!

Behind the Wheel: Bumper Car Fun at Royal Caribbean’s SeaPlex

Oasis of the Seas, Now Sailing from Miami after $165M Transformation 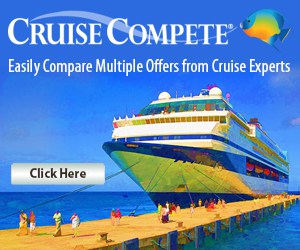