The Most Exciting Things to Try on Norwegian Joy

Norwegian Cruise Line has added another cruise ship to its fleet in North America.

Norwegian Joy isn’t a new vessel, but it adds a fresh option for Norwegian Cruise Line aficionados. The ship has been in service since its debut in China in 2017, but the 3,900-passenger ship will now call America home after the cruise line relocated it to the Port of Seattle.

Norwegian Joy is set to sail itineraries in Alaska, the Mexico Riviera and the Panama Canal.

Norwegian Cruise Line says the Chinese market is good, but Alaska is better in explaining its reason to bring the ship to the U.S.

After an extensive and expensive refurbishment that some estimates place at nearly $100 million, Norwegian Joy has been given new life as a near-twin sister ship to Norwegian Bliss, which debuted in 2018 and also sails in Alaska.

Here are the six most exciting things we love about Norwegian Joy.

This is a massive virtual-reality arcade and game center that lets passengers strap on a VR headset and drive a race car, walk a plank, try para-gliding or ride bumper cars.

Other immersive experiences involve a space battle, roller coaster and interacting with the 3D Wonder Wall.

Reservations are recommended to play, and the cost is $29 for a 90-minute session of unlimited rides. The facility’s F1 race car has a separate fee of $10 for the day. A weeklong cruise pass <span data-contrast=”auto”>for Galaxy Pavilion is $199.

Norwegian Joy owns the distinction of having the first race-car track (pictured at top) on a cruise ship (Norwegian Bliss has one, too). The Norwegian Joy Speedway features electric cars that pipe in real engine sounds and offer a thrilling experience while racing at more than 20 mph against fellow competitors on the two-deck course. Drivers pay $10 for an eight-lap ride, or you can buy passes that allow you to ride as much as you like in one day ($30) or for the entire weeklong cruise ($200).

The water park on Norwegian Joy includes the Ocean Loops slide, which is a heart-pounding free-fall drop ride that pulls the floor out from under you and sends you on a double-loop speeding through a see-through tube and out over the side of the ship. You also can race down the Aqua Racer tube ride or enjoy family time cooling off with the kiddos in the splash park.

Norwegian Joy’s laser tag arena (fee) allows individuals or teams square off in an intergalactic shooting battle. You strap on your gear, grab a rifle and enter a post-apocalyptic world at the top of the ship to hunt, hide and test your combat skills.

This energetic musical rendition of a favorite movie from the 1980s is the featured show on Norwegian Joy. Passengers need to reserve a spot to attend one of the showings, but the attraction is included in your cruise fare. It’s a lively interpretation of the Kevin Bacon classic that will have you dancing on your feet or in your seats as a lineup of memorable tunes take you back in time.

This bar on Norwegian Cruise Line’s newest ships has quickly become a hot spot for lovers of craft beer, live music and a relaxing place to hang out with friends. (That’s just about all of us, right?) District Brewhouse on Norwegian Joy offers dozens of draft and bottled beer selections from all over the United States. You can settle in to listen to music nightly and watch sports on TV day and night. You also get nice views of the ocean out of large windows. 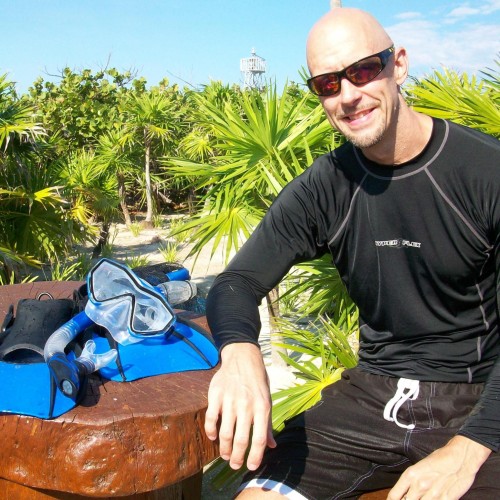